As with any improvement process it's important to remember that there are real people involved. Beyond them just being co-workers many of them are fathers, mothers, or someone's son or daughter. They're human beings. The best practice to motivate people is to praise them on their efforts. Let them know you noticed. It's really that simple. When you see someone follow the 5S standards such as putting something back where it had been set in order, stop and let them know you noticed and thank them for following the standards. During your weekly 5S meetings (you are holding 5S meetings regularly aren't you?) give some praise to someone in front of the group. Not only will it make the person feel good but it helps drive the behavior you're looking for in the first place.

We're all busy and I'm guilty of just passing on by as well when an obvious opportunity surfaced for some praise. It takes just a little effort to give someone an "attaboy" but it goes a long way at changing behaviors for the better - which after all is true goal of 5S in the first place.

Any thoughts on the above? Reply below. Let us know.

You need to be a member of 5S Best Practices to add comments!

Hi Kate - thanks for the input. It's not bad at all. In fact, I think it's great you're even thinking of it. Ironically, I just published a new post which may help you in this regard. Let me know what you think. Thank you. 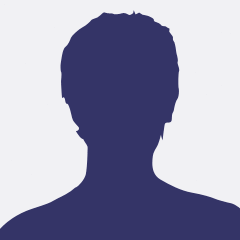 Is it bad that I have to add "say something nice to someone" to my To-Do List?  Ha! It's free, only takes a second and has great payback though! I'll keep this in mind, especially during the hectic holiday season. Thanks!