An organized tool shadow board like this will not only keep your frequently used items organized, it'll prevent wasted time searching for them AND hold your employees accountable for putting them back. Don't Just Wish Your Tools Were Organized - Make it Happen!

If you work in the food industry and don't have a Tool Shadow Board, you're missing out! Chances are you're wasting unwanted time and money.

We want to help you create a place for everything...and everything in a place.

Contact The 5S Store for all your 5S needs. Answers included.…

How to Create a More Successful Workspace 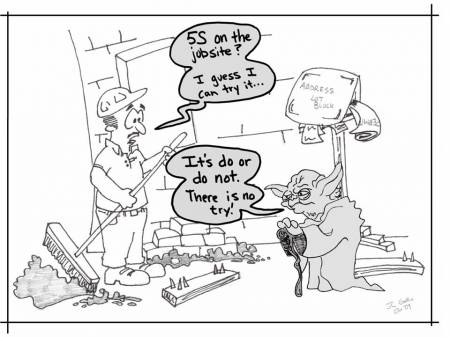 Have you ever thought about success as a method of steps you have to take to get from point A to point B? To get to where you want to be, you have to work for it and move away from where you were to where you are. Google defines success as this: “The accomplishment of an aim or purpose; the attainment of popularity or profit; a person or thing that achieves desired…

How to Design a Reward and Recognition Program?

Have you ever thought about using a reward and recognition program to help motivate the growth of a successful 5S program?

When it comes to creating a lean workplace through 5S principles, getting a thumbs up from the workforce can be a little tricky. Sometimes your employee gets it and is eager to get moving… 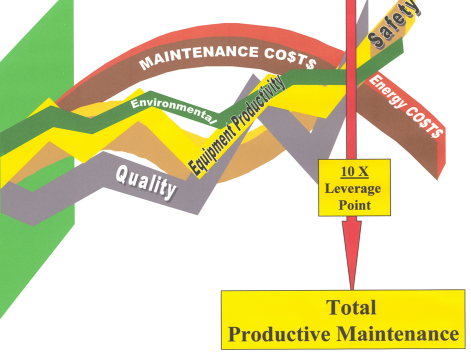 Do you experience machine breakdowns on a regular basis? Are you manufacturing products that aren’t made consistently on equipment and machinery? Do you have to remake items because they fail quality inspections? If you answered yes to any of these questions, this is a clear sign that you could benefit from implementing an efficient TPM process.

Info You Need to Know About 5S Floor Tapes Floor marking is an important aspect of the set in order phase of 5S - Use this information to create efficient spaces and comply with OSHA regulations.

Floor marking tape doesn't just brighten up floors - it improves safety, creates organization, and helps achieve the 5S set in order step. Moreover, it supports the behavioral changes that are the essence… Waste is an awful word that devalues quality, manufacturing processes, and your business’ bottom line. In most cases, you’ve put a lot of effort into lean manufacturing principles - striving to work towards eliminating waste. Did the 5S principles work? Or is it time to clear the dust and re-valuate the steps you took to eliminate seven deadly wastes?

5S Audits have a ton of benefits! Spring into safety with an easy three-step process for checking the effectiveness of 5S in your workplace One of the most important and often overlooked parts of keeping a safe, organized, and clean workplace is conducting a 5S audit. With 5S audits, you can reveal hidden challenges before they develop into larger,…

A 5S Champion for a large tire manufacturer you would certainly know reached out to me asking for some advice. They have a 1 million square foot manufacturing facility. They've broken the area down into over 150 zones. Each zone has to go through a robust 5S certification process which takes several months. Imagine the effort that went into certifying the entire plant?!. Unfortunately, their 5S process has slipped quite a bit over the past year. as manpower for the 5S support team was cut. A…

During a recent seminar I conducted for AME on "How to Sustain 5S" I was asked "how do you handle using colored visual controls and standards for color blind employees?" What an interesting question. One audience member suggested that was one of the reasons OSHA incorporated striping for hazards. While this makes sense, it doesn't really address the non-hazard color coding companies use for standardizing lanes, zones, WIP, etc.

Any thoughts on this? Has your company had to…

How to Sustain Your 5S Improvements Workshop

I'm hosting a "How to Sustain Your 5S Improvements" workshop for AME (The Association for Manufacturing Excellence) http://www.ame.org/event/ame-dine-learn-how-finally-sustain-your-5s-improvements on Tuesday February 21st at 6:00 p.m. in Tewksbury, Ma. Check out more information on AME's …

One of the most challenging Set in Order steps for 5S practitioners is getting floor tape to last in heavily traveled areas. I've written a free report found here about this exact topic but for now here's a quick tip.

Assuming your using heavy duty tape with pressure sensitive adhesive make sure to tamp the tape into the surface.…

Here’s a quick trick to stay focused on an area you’re looking to improve.

Let’s say you’re interested in improving the sustainability of your 5S process. One way to do this is to go the gemba (where the work is done) and find something done right. For example, maybe during your walk you find a tool placed properly on a shadow board or you see someone from your team replacing some…

As with any improvement process it's important to remember that there are real people involved. Beyond them just being co-workers many of them are fathers, mothers, or someone's son or daughter. They're human beings. The best practice to motivate people is to praise them on their efforts. Let them know you noticed. It's really that simple. When you see someone follow the 5S standards such as putting…

I found this article from Robert Simonis at KCE Consulting and Industry Week well worth sharing.


“Is that bolt from a production part?”  I asked.  My colleague said, “No, some maintenance guy must have dropped it.”

The bolt looked common enough, lying there under the conveyor, and the impulse of the group doing the 5S walk was to throw it into the scrap metal hopper.  If it had been a production part it would lead to…

What do Values Have to do with Lean?

Here is a fantastic post about the true value of Lean by one of the leader's in the field, Scott Gauvin, CEO of Macresco.

The fourth management MUST to sustain 5S is for them to Support 5S. As a recap, the first three MUSTS are:

Today, I'll talk about the fourth 5S Management Must which is to Support 5S. What do I mean by support? It's really quite simple. Managers must give their staff the time and materials to follow through with 5S activities. Let's look at these…

As part of the ongoing segment on the 7 5S Managements Musts please find below the 2nd and third  MUST:

Management MUST go through 5S Training and be part of a 5S Team.

While this may go without saying, it's worth repeating that it is critical that managers of areas implementing 5S get trained on 5S. By trained I don't just mean reading a book, watching a video, reading a blog or sitting in on a meeting. I'm talking about in the trenches, learn on the job in…

Manufacturing is BACK in the US

Reading an article in the recent @AMEconnect Target Magazine about Reshoring. The media would have you believe that we have a lost the bulk of our manufacturing jobs to China or Mexico. In fact, the article says the U.S. is still the second largest manufacturer in the world. Since the recession, manufacturing employment is up by 900,000 and overall output is up 20 percent.

Here's a fact that surprised me from the article as well. Walmart, who everyone believes has nothing but…

Sustaining is commonly regarded the most difficult part of 5S. In that regard, I've listed below what I call "Management Musts" for sustaining 5S.

5. Focus on the people and their 5S efforts

Every few days, I'll post detail about one of…